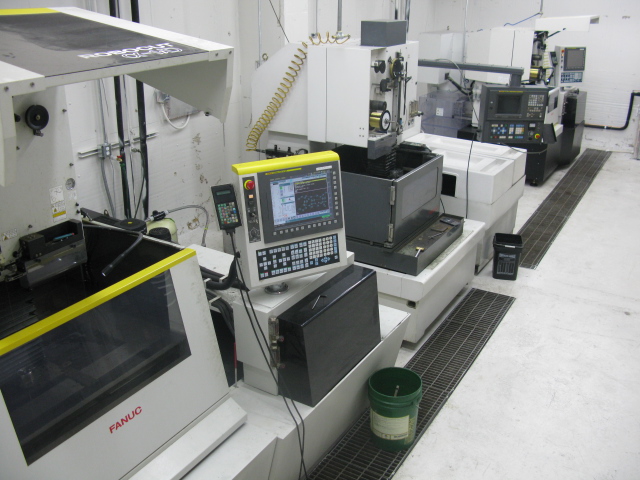 Wirtz Wire EDM Inc., of Hendersonville, North Carolina, checks a variety of milled, turned and round parts from the aerospace, automotive, mold and die, turbine and fluid power industries. To improve its process control and cut its inspection costs, Wirtz Wire turned to Mitutoyo America Corp. and its M-507 coordinate measuring machine.

Before acquiring this new CMM in late 1999, Wirtz Wire checked dimensions using an optical comparator, hand tools and elaborate setups. Previously, operators spent an average of two hours per shift inspecting; the same job now takes only 15 minutes per shift. The methodology change has reduced inspection labor costs by 75 percent, and Wirtz Wire was able to recover the $20,000 price of the machine in less than a year.

“Before, we would use a comparator, if the part would fit on it, or do setups with Jo blocks, gage pins, height gages and indicators,” says President Patrick Wirtz. “Sometimes, this was very time-consuming.”

Checking certain parts, such as cone shapes, was particularly cumbersome and expensive. In addition to a 15-minute inspection set-up time, Wirtz had to purchase a gage ball to measure the inside of the cone. “We’d fit the ball down and then depth-mike to the ball’s top,” says Wirtz. “We’d lose a day waiting for the $60 ball to be delivered, and then it would only be used once. A new gage ball was needed each time a different-sized cone required measuring.”

The manner in which the company generated inspection reports also interfered with efficiency. “Before the M-507, we had to generate hand-written reports and do a lot of manual computations, which took time away from chip-making and introduced a lot of source or system errors,” says Wirtz. “Eventually, our bottom line was being hit.”

Investing in a CMM was a hugely cost-effective alternative to buying a variety of new measuring equipment. The new machine replaced all the bench tools, gaging equipment and fixtures the shop had been using. Originally a wire electrical discharge machining shop, Wirtz Wire has expanded into conventional EDM, EDM drilling and computer numeric controlled machining. “We’re equipped to do just about anything,” comments Wirtz. “Because our company specializes in doing high precision work, we need measuring equipment that can handle extremely tight tolerances.”

At first, Wirtz was leaning toward another CMM maker and had even gone as far as issuing a purchase order, but he cancelled the order after seeing what Mitutoyo America Corp. offered.

The M-507’s software is able to follow a contour automatically to as many points as the inspector wants and finish the job in about one minute. “With the other CMMs we were considering, you had to put in your own points,” says Wirtz. “The M-507 gives you a consistent pattern of points and it spots them together for you. It can also handle out-of-round parts, which our shop often faces, enabling them to be enlarged.”

Another advantage of the software is that it automatically writes a program for each part the CMM measures. The next time a specific part is checked, no calculations need to be done. “All we do is put the part in, go down to the program and hit run,” says Wirtz. “Once you’ve done one part, it tells you what to do on the next part. It tells us what to pick up. All you have to do is move the probe around.”

Operators sometimes check every part in a lot, while other times they sample, depending on the customer’s requirements. The average lot size from Wirtz’s wire EDM machines is about 300 parts, but lots for the turning center range up to 10,000 parts.